People keep looking to find ways to communicate with their closed ones in a more fun and emotional way where they can share their feelings and stay connected. There have always been platforms like WhatsApp, Facebook, Twitter which allow them to do share their feelings but nothing is compared to what is offered by this amazing platform, known as Snapchat, isn’t it?

When compared to other platforms, it is absolutely different and refreshing for the audience. This is the reason that it was an instant hit the moment it was launched and still continues to be. The firm today has taken over companies like WhatsApp & Twitter and that is no mean feat. Their disappearing photos & 10-second video spots have won the hearts of millions of people all around the world.

The brand has been very brave in its approach since the start, as companies like Google and Facebook tried to buy Snapchat but the latter instead trusted their process of exceeding limits and has their app reached 7 billion daily views in January 2016. Their previous goal was to reach $100 million a year, but they have exceeded their own expectations and are now making $100,000 every day.

If you want to follow their footsteps and create a sensational app like Snapchat, then you should listen to our advice and read each and every point of our article with great focus.

What do the statistics say?

Some of the most defining facts about Snapchat are: Zuckerberg offered $3 billion to take over Snapchat and after his first offer was declined, he even offered $6 billion. The man always knew what a giant Snapchat would become in the coming future. Right now, the estimated value of Snapchat is $22 billion. And let us get straight into the facts of developing an amazing app reminiscent of Snapchat.

So, what exactly is the Snapchat app?

This company was started with the idea of sharing videos and photos. It became an instant hit among the youth and achieved more than what was expected out of it. It became so successful that businessmen are looking to follow the suit and develop their own app, the same as Snapchat. 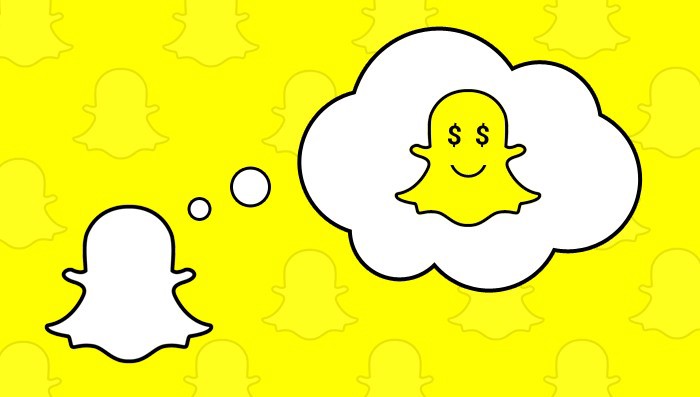 How Snapchat is different?

Its most unique feature is that you can set a time limit that would indicate the time period for which the recipients can see the stuff. After the set time, the pictures will automatically get deleted. But the case with the stories is a little different as people can see the stories for a whole 24 hours. But after 24 hours, it will automatically get destroyed. This approach or method reduces the risk of media content getting spread all over the internet. This provides people the freedom to share their very personal pictures with their friends and be carefree about it. People in today’s world very much appreciate the privacy & security of their secretive and personal belongings plus they also like no unwanted restrictions.

Without this concept of self-destructive messages, Snapchat would not have reached the heights it has climbed today. Nowadays many messaging apps provide these features but Snapchat was the first to design this feature and other companies are just cloning this idea. Snapchat was a trendsetter and that is why it grabbed attention on such a large scale. And by experience, we can easily say that the audience is the one that can create massive growth in the count of the active users. Snapchat has the conception of the people that if something goes on the internet then it stays there forever.

How does Snapchat work?

Well, it is quite simple and all that you need is to: How Snapchat earns its money?

As we have seen already, Snapchat earns via financial investments of big companies that look to advertise themselves through this app. Like, in 2016, companies such as Marriott International, Amazon.com and PepsiCo paid $1million each to get their promos up & running during the peak time of Super Bowl. Other sources of income include only a single use of lenses that are branded under Gatorade (a series of cocktails that belongs to PepsiCo) helps the Snapchat to make up to $450,000 – $750,000 per day.  If we go by the stats, we can see that his specific video filter alone has been used over 200 million times. Three main monetization aspects of a company’s business model would be Camera, communication, and content. These three items would be very important if you look to clone Snapchat’s model. Studying closely what Snap Inc. has achieved will help you build an app that is quite similar to Snapchat. In March 2017, Snap Inc. invested its shares on the New York stock exchange (NYSE).  Starting price before the auction was $17 every share and the stock price when the auction closed was $24.48 per share which was 44% higher than actual announced price. In this way, Snap has reached $34 billion. Today Snapchat earns $5.8 from every US Snapchat user. Few examples of in-app ads are:

Cloud Hosting: Route 53, Cloudfront which are included in Amazon web service are used for hosting.

Database Management: In the quest to handle a large amount of structured data in a more flexible way and to gain far superior performance in comparison to other apps, NoSQL is put to work in Snapchat.

Analytics: In order to attain effective analyzation over website traffic & gather data on the topic of content marketing, Google Analytics is used. This also helps in streamlining the behavior of the app in real-time.

Marketing: Some of the very best marketing tools are used by Snapchat to increase its market value.

Augmented Reality app: At present, Snapchat is loaded with 2 AR options – Bitmoji & Lenses. People don’t really care what technology goes behind the 3D image of a dog’s ears & nose. But these are prime examples of this advanced AR use in a quality mobile app.

Lenses were discovered after snapchat bought up some Ukrainian company by the name of Looksery at a cost of $150 million in the year of 2015. Computer vision is used for lenses in order to create a 3D space through image data. For app filters, image processing is put to use. Viola-Jones algorithm was used by Snapchat developers in order to guide the app for finding and recognizing faces. A projection-type AR app can be built with the help of these following tools.

Factor that determines the cost of your app:

This is one of the most significant factors that will have a say in your app-building budget. Development companies have their own starting price that varies with the name of the company. An average team contains two developers, a designer, QA analyst, and project manager.

In the quest of becoming a hot property in the world of social media apps, your app needs to be adaptable with both Android and iOS platforms. Snapchat can be seen compatible with both platforms. If you have a tight budget than launch it with one platform and wait for it to be successful to launch it on the other platform.

It is the timing of the project. The longer project can be completed in a shorter period of time if greater numbers of developers are involved in the group.

Your mobile app cost will depend upon the complexity of your mobile app. The complex and advanced you want your app to be, the higher the amount you have to pay. The variation in the cost comes with UI design, UX design, and wide-framing in order to complete the whole process.

If you are really looking to develop a chat app that has the same exact features as that of snapchat then you need to arrange a really big budget. Snapchat for only one mobile platform would cost around $70,000. But the changes are up to you, like how similar you want your app to be like Snapchat. These changes will alter the budget according to your pocket.

By now you should have understood how snapchat came into existence, what efforts went behind its creation and if you also want to create a ground-breaking app like snapchat then contact the leading mobile app development company to share your self-created innovative idea. There are many companies out there that all provide you with the app that you are dreaming about with their brilliant team and latest technologies. You can contact us if you want to solve any query of yours and can also get a free exact estimate of your application.