It has been a good year for Salesforce so far as it has fetched a number of path-breaking acquisitions and is going strong in all markets. With a plethora of applications that have come under its wings in 2021, it is excelling in several fields and people are slowly turning to its applications for reliability and longevity. Although the company has spent a lump sum on acquiring these applications, the result from these apps has been stupendous. They have proved their efficiency in almost all fields and offer the best services hassle-free to the clients.

The company started from a small apartment in San Francisco in the year 1999 as a CRM services provider but has established itself in all fields over the years. It has become a big name in the digital world and has been offering services like no other. They have been committed to their work and have been delivering the end product on time to its clients. The Organisation believes in creating a healthy environment for its employees and gives equal respect to all the people who work in the company.

Salesforce has closed the biggest deal ever and has acquired Tableau Software, a company known for its data services. With this record-breaking deal, the number 1 leader in CRM Solutions and the one major player in the analytics market have come together. With this, there will be a major transformation in the digital space. This acquisition will also allow the customers to unlock a larger amount of data than they were previously doing. The deal was made public by an announcement made at the beginning of August 2021.

This is not the first time that Salesforce has acquired a big name in the applications market. In the past years also, it has been going strong with its mergers and acquisitions.

Let’s take a look at the major acquisitions of Salesforce:

• Bonobo Al – On May 6, 2019, Salesforce acquired this Israel-based start-up for a whopping amount of $45 million. The application has been enabling by software development companies to know their clients better through text messages, calls, and other communication methods. Developed in 2017, it is an Artificial Intelligence-based software.

• Tableau – The most recent acquisition of Salesforce happened on June 10, 2019. The parent company spent a staggering $15.7 billion to close this deal. Considered to be one of the biggest deals by Salesforce to date, this will strengthen their capacity in data analytics, leading them to be a strong contender in the number game.

• Map Anything – Salesforce spent an amount of $213 to acquire MapAnything on April 17, 2019. It is a location-based intelligence software with several integrations including visualization that is map-based, route optimization, and asset tracking. The application will enhance the customer experience and have put Salesforce in a good position in the CRM market.

• Click Software – On August 8, 2019, Salesforce announced its acquisition of Click Software for $1.35 billion. Like Tableau, this one is also considered a big deal for the software-based company as it broadened Salesforce’s field service offering and to meet the needs of its clients. The deal was basically signed to increase the revenue of Salesforce, which, according to its recent report, crossed the $1 billion mark in June.

• Griddable – This deal was closed on January 28, 2019, and was among the first few deals of this year. The amount paid for the deal was not disclosed to the public and Salesforce chose to stay quiet about it. Griddable is also a start-up based in San Jose, California, the U.S. It provides a platform to the clients in the cloud where they can synchronize data. This has helped Salesforce, one of the CRM leaders in the market.

• Salesforce foundation – Last and most importantly, Salesforce announced its incorporation with Salesforce.org, aiming to work with the non-profit and charity organizations. The announcement for this integration was made on August 16, 2019, and all the shares amount to $30 million were paid in plain cash.

There was an array of comments from inside the company as soon as the deal of Salesforce was closed with tableau application.

Let’s take a look at some comments: 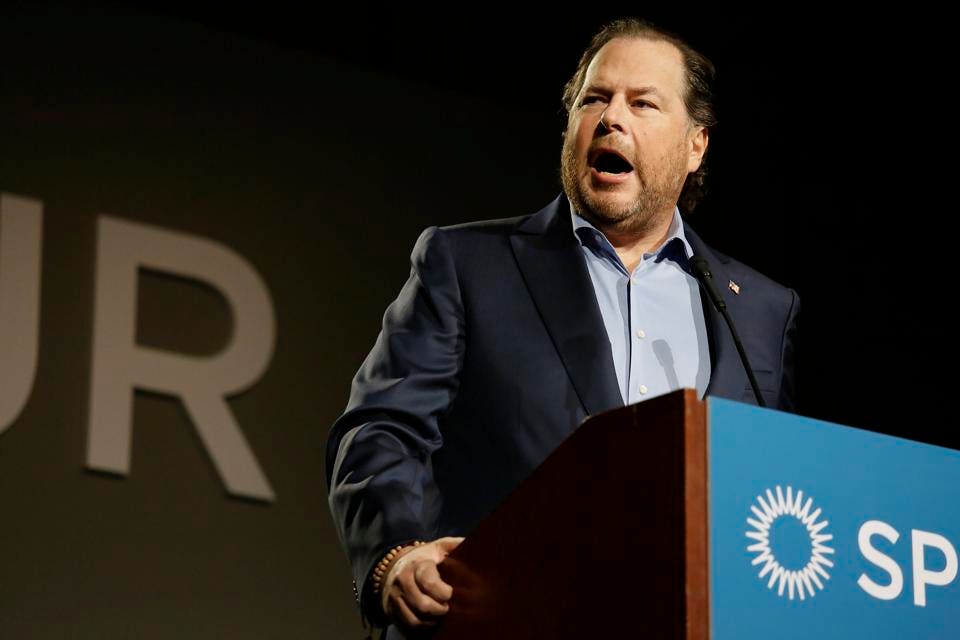 “Tableau is an extraordinary software development company, with an amazing product and team and an incredibly passionate community. Together we can transform the way people understand not only their customers but their whole world—delivering powerful AI-driven insights across all types of data and use cases for people of every skill level.”

• Adam Selipsky, President and CEO of Tableau: “Today marks the beginning of an exciting new chapter for Tableau, one where we will be able to accelerate our mission and help more people than ever see and understand data. As part of Salesforce, we will deliver more value to customers faster with a broader and deeper analytics platform, fueled by Salesforce’s customer intelligence platform. We are thrilled to embark on a journey with Salesforce development that will, undoubtedly, transform organizations around the world by putting data at the center of the digital revolution.”

• Keith Block, co-CEO, Salesforce: “Data is the foundation of every digital transformation, and that’s why we’ve never been more committed to delivering powerful analytics to every user. Tableau will make Salesforce Customer 360, including Salesforce’s analytics capabilities, stronger than ever, enabling our customers to accelerate innovation and make smarter decisions across every part of their business.”

• Dan Vesset, Group VP of Analytics and Information Management Research at IDC: “The ability to rapidly turn all distributed data into insight using diverse visualization, analytics and AI methods will define tomorrow’s leaders. Salesforce’s acquisition of Tableau gives customers the ability to ensure that self-service and embedded decision support and augmentation are available to all executives, managers and front-line employees.”

Salesforce has been a niche CRM software provider and has offered the best services to its clients. This year has been a year of transformation for the organization as it has added many feathers to its hat. With some of the best deals like Tableau and ClickSoftware being acquired by the company, the organization has become a game-changer and will prove its versatility in other areas as well, rather than just concentrating on the Customer Relationship Manager (CRM). It will soon be a transformation of the digital work while working to give the best experience to its clients. It will now have a diverse set of customers with this technology up-gradation.

Also Read: Important Features to Include in the CRM Application for Your Business

Salesforce is diverting away from its core model and we don’t see any sign of it returning to where it was. It was earlier the second name of CRM Solution, but calling it the same would be wrong. With the help of its SaaS model, it has acquired international fame because of two tenets – organic innovation and internal. Every quarter the company gets a 20 percent growth.

The company was founded in 1999 and offered services and technologies on a cloud, social, internet of things (IoT), artificial intelligence, mobile, voice, and blockchain, to name a few. It is being used by over 1,50,000 companies, irrespective of their size and location, to grow their businesses. Some of the major clients of Salesforce include Godrej, Ceat, Cleartrip, DTDC, Edelweiss, Baby Brand Saffron, MindTree, Air Asia, among others.