So it has been since years that Python has been successful ruling over the hearts of the programmers owing to its many advantages. Presently, it is even rated as one of the most prominent programming languages and one of the reasons for the same is its simplicity and this is why most of the beginners tend to use it as an ideal landing platform. In fact the versatility of Python makes it an ideal choice for the seasoned developers.

Meanwhile, Python is not solely used for the development of apps, but it is a preferred choice as a programming language for data analysis and data machine learning. Now, where Python is incredibly popular and its growth has exploded in recent times, Julia as well is making a mark of its own slowly but steadily. Though comparatively, it is a newer language, it has garnered lots of appreciation it’s way recently. Also one of the researches has shown it as one of the top 50 popular programming languages and some are even choosing it over Python. 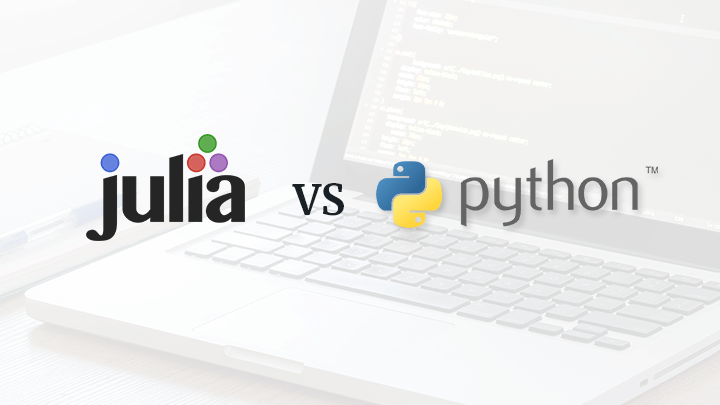 This is what the statement says, “We want a language that’s open-source, with a liberal license. We want the speed of C with the dynamism of Ruby. We want a language that’s homoiconic, with true macros like Lisp, but with an obvious, familiar mathematical notation like Matlab. We want something as usable for general programming as Python, as easy for statistics as R, as natural for string processing as Perl, as powerful for linear algebra as Matlab, as good at gluing programs together as the shell. Something that is dirt simple to learn yet keeps the most serious hackers happy. We want it interactive and we want it compiled.”

Now let’s begin with the comparison between the two.

Comparison between Python and Julia

Also Read: Flutter vs. React Native vs. Ionic Which is better your App?

What are the unique features of Julia language?

Here we have mentioned a few of them:

How Julia is better than Python?

These are the reasons that will make you pick Julia over Python:

How Python is better than Julia?

These are the reasons that will make you pick Python over Julia:

Final Note: This above comparison makes it pretty clear that both Julia and Python has a very close relationship. Now the one working in your favor should be your chosen programming language. All that is required is learning and sharpening your skills of these programming languages and then it can be used to attain your objectives.